According to Google, to bike from Whitehall Plaza (the big box stores west of I-69) to the College Mall would take about 30 minutes. It’s roughly a 5 mile trip. 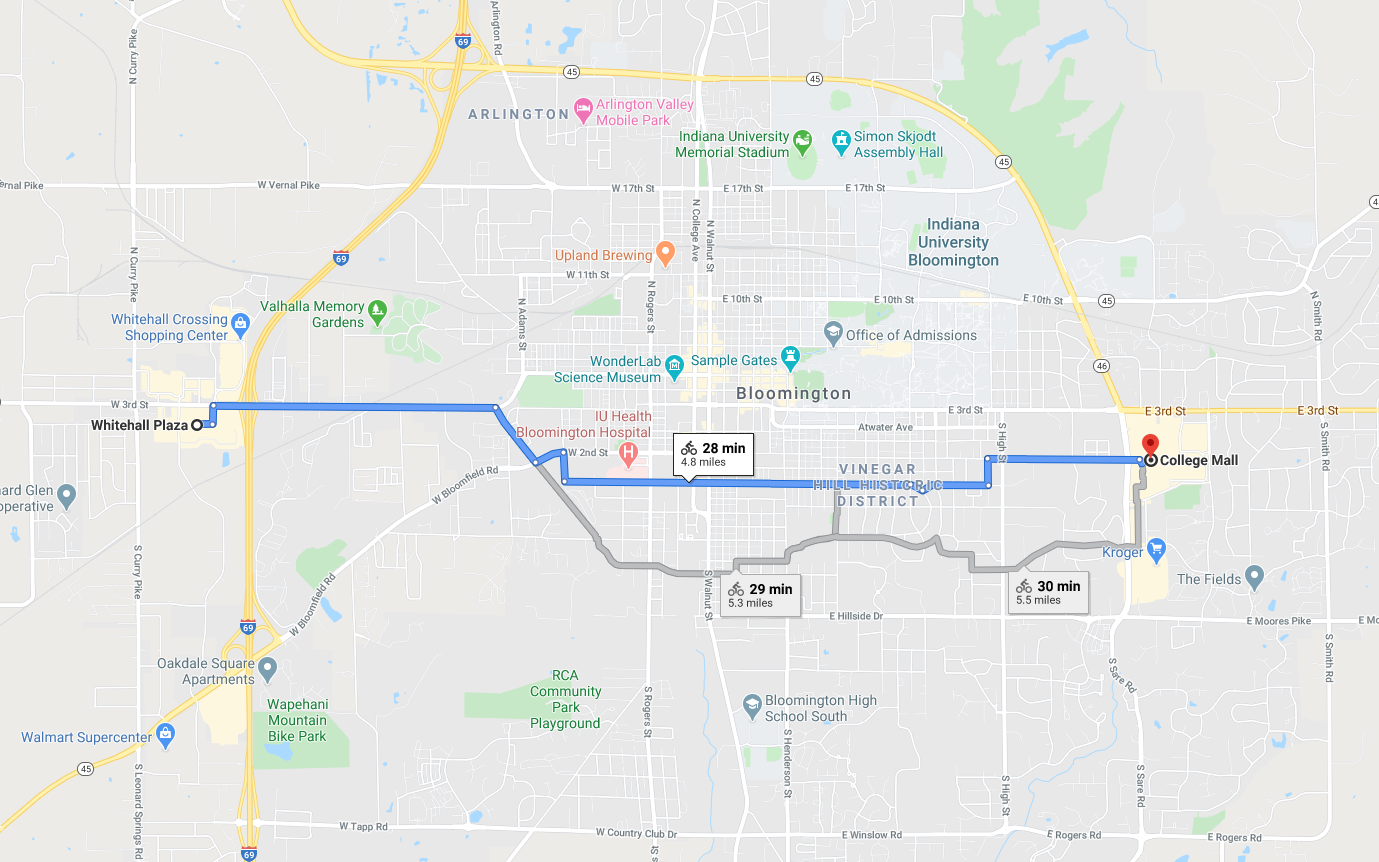 Of course, I can think of few people who would even attempt that bike ride. The roads aren’t built for it. 3rd street might have bike lanes all up and down it, but I’ve been in those bike lanes. It’s terrifying.

To go from where North Walnut meets the Bypass all the way south to the Kroger on South Walnut is also a 30 minute trip by bike. It’s also about a 5 mile trip. 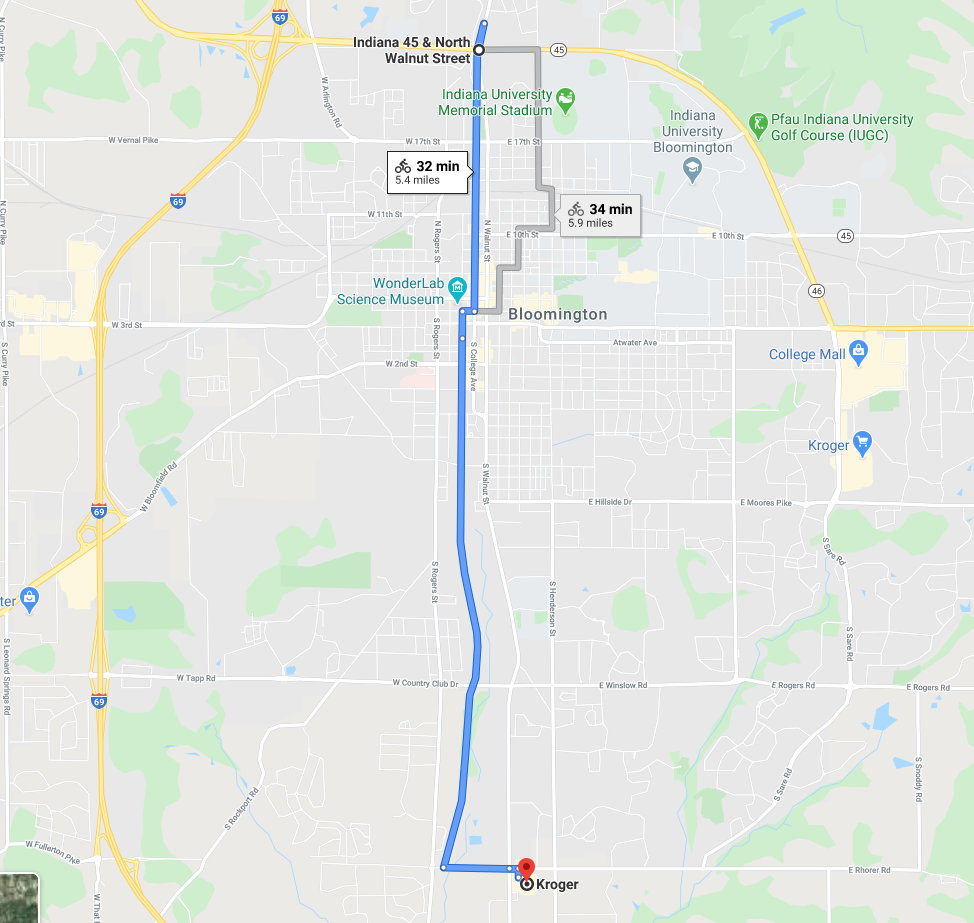 Again, I’ve been in the bike lanes on College. They’re barely separated from two lanes of traffic that can move really fast. They eventually disappear into the 3rd lane of traffic with a sharrow.

Only about 3 to 4% of trips happen by bike in Bloomington right now. There’s a good reason for that.

How often have you seen a bike using one of those sharrow lanes on College or Walnut? How often do you see bikes actually using those lanes on west 3rd street?

Now think about how many bikes you see on the B-line trail, every day.

More than 70% of trips in Bloomington happen by car right now.

What if we built out protected bike lanes on all of these roads? What if 3rd street was an east / west bike highway with one lane each way for cars (and a low speed limit) and a broad boulevard for cyclists? What if Walnut and College were structured similarly? Could we take the 70% of trips that happen by car and make half of them happen by bike?

It might seem like an impossible goal, but in Copenhagen 45% of all trips happen by bike. Only 35% happen by car. To travel from one side of Copenhagen to the other by bike is a 50 minute, 8 mile trip.

We can do this. Bloomington is compact enough that most trips could happen by bike, if only the infrastructure were built to prioritize bike travel.